Home • The Blog • Conflict diamonds - beyond the Kimberley process

Conflict diamonds - beyond the Kimberley process

As defined by the Kimberley Process Certification scheme, Blood diamonds or Conflict diamonds are ‘used by rebel movements or their allies to finance conflict aimed at undermining legitimate governments’.

For decades, diamond retailers, NGOs and governments have worked hard to prevent 'blood diamonds' from entering mainstream markets - The Kimberley process was the first huge step the diamond industry took to ensure profits from diamond trades are used to benefit the communities and countries they originate from. Today, less than 1% of diamonds on mainstream markets are not conflict free thanks to the Kimberley Process. Unfortunately, it does not resolve all issues occurring during diamond mining and only partially concerns the financial aspects of diamond trade. Here is what you need to know about diamond miming and human rights, environmental pollution and economic influence

According to an Amnesty international report, about 3.7 people have lost their life in wars funded by diamond trade. Many more have lost their families and homes or have been displaced.  Blood diamond trade has been affecting people in Angola, Sierra Leone, the DRC, Liberia, and now in Ivory Coast. Diamond retailers, governments and NGOs  have worked in collaboration to prevent blood diamonds from reaching mainstream markets through The Kimberley Process. 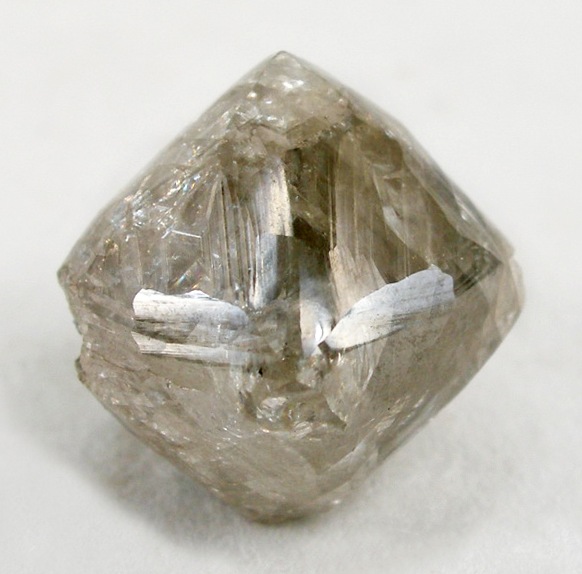 The Kimberley process was created in 2000 to prevent conflict diamonds from being exported and entering mainstream markets. The Kimberley process certification scheme came in force in 2003 and outlines the rules for rough diamond production and trade. Currently, the Kimberley Process has 54 participants which represent 84 countries, including the European union members counted as a single country.

The Kimberley process was a significant step towards improving diamond mining standards, but unfortunately its practice is flawed and incomplete, here is why: By definition, Blood diamonds are stones mined or sold by rebels who try to undermine legal governments. This means that diamonds from Zimbabwe are not conflict or blood diamonds, although the Zimbabwean government committed violence upon its people to take over diamond mines. In some developing countries communities would hardly see the benefits of diamond trade but were forced to suffer abuse, violence and the consequences of environmental pollution.  Many developing countries have extremely poor economies, although they are rich in resources.

Another flaw to The Kimberley process is that it can’t control smuggled diamonds. Stones are smuggled for many reasons, including tax avoidance and intentions to cover human rights violations, so that diamonds can’t be traced back. According to Amnesty international, diamonds mined in the Central Republic of Africa are being smuggled into its neighbouring countries including DCR and Cameroon. The diamonds are later on sold as conflict free at world diamond exchanges in Antwerp and Dubai.

Diamond retailers, NGOs and governments worldwide are working towards improving working standards in diamond mines and help implement striker control over all aspects of diamond trade. The Kimberley process itself does not directly track working conditions in diamond mines, nor takes into consideration governmental violence diamond mines have sparked. The Kimberley process alone does not guarantee that funds raised somewhere along the diamond trade process will not be used to fund immoral practices or ensure that workers along the whole chain have been paid fairly.

Many western charities have tried and are still working against poverty, corruption and political violence. Unfortunately, diamond trade affects other aspects but funding political wars and causing violence in Africa. Once mined, diamonds are cut, processed and traded across the globe. While retailers and industry spokespeople love talking about prosperity in developing countries funded by diamond mining, this is not the complete truth. As consumers are becoming more aware and take more responsibility for their purchasing choices and habits, diamonds have became less desirable. Many mine workers work in horrific conditions and earn less than 1$ per day. Child labour, smuggling, manslaughter and tax evasion are some of the current issues in diamond mining industry. Tax abuse hurts African economies, as governments loose money needed to fund healthcare and education. Diamond trade is a significant source of income to many developing countries.

" ... a Botswana diamond company, was the first mining company in the world to offer HIV/AIDS treatment, in addition to company medical coverage, to its employees. Furthermore, several years ago, Debswana entered into a partnership with the Ministry of Health to make its healthcare facilities available to the general public. In Namibia, the diamond company Namdeb has formed a strategic alliance with the Namibia Business Coalition on Aids (NABCOA) to assist companies and the public sector in creating HIV/AIDS workplace programs. Namdeb has also partnered with the Ministry of Health and Social Services to develop national awareness programs on the treatment of HIV and AIDS, as well as voluntary counselling and testing (VCT)" 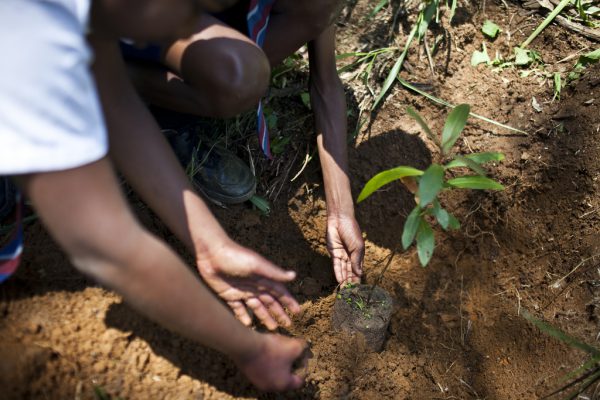 Due to reckless and unregulated mining practices Diamond mining has caused serious pollution, deforestation and soil erosion. Abandoned diamond mines can cause ecological and health care catastrophes -  in Sierra Leone abandoned (/) mining pits have filled with rainwater and became home to mosquitoes spreading malaria and causing health care disasters with other water-borne diseases. To expose riverbeds for mining, workers have rerouted rivers which lead to harming the soil,  and wildlife, forcing local communities to relocate. Luckily, the damages are reversible - local communities work alongside international NGOs to restore the topsoil lost when diamond mining began and replant the native flora. With collective efforts, the harm caused by reckless mining is being fixed. Various organisations, such as the American non-profit One Sky take part in land restoration processes, employing local farmers and workers, paying them fair wages. Tools purchased for land restoration are left to local communities to further take care of the lands and grow sustainable crops.

What consumers and the industry can do

Consumers play a vital role in the restoration process. Diamond purchases are now more regulated and money raised by diamond profits is used for the advantage of local communities and the environment.

Although diamond industry has earned a bad name due to its previous practices, its now changing thanks to collective effort of retailers, governments, non-profit organisations and responsible consumers. Diamond profits are now used to fund health care and sustainable practices in diamond mining countries, especially in Africa.

When shopping for diamonds do ask if your stone is conflict free. As we mentioned above, most diamonds are conflict free, thanks to collective efforts and collaboration between the diamond industry, governments and non-profit organisations. We only sell GIA certified diamonds, as GIA is the world's strictest diamond authority and knowledge base to set the industry standards. Here is what GIA's Corporate Communications Director Stephen Morriseau says about GIA standards regarding conflict diamonds:

"GIA supports industry efforts including the Kimberley Process and the World Diamond Council System of Warranties. We also participate in the U.N. Global Compact. GIA supports these efforts through our education programs, laboratory services offerings and ongoing gemological research.  GIA is a supporter of the Responsible Jewellery Council (RJC) and our laboratories are also certified by the RJC as being in compliance with the organization’s Code of Practices, which addresses human rights, labor rights, environmental impact, mining practices, product disclosure and other important issues in the jewellery supply chain."