Pearls are an exquisite natural gem that can be found in an array of colours. Discover all you need to know about pearls in our detailed education section

The Origins Of Pearls

Although some debate exists over the actual founding, pearls first started being treasured around 2300BC, at the time of ancient Chinese dynasties. The gems are steeped in legends and mystery and have been admired for thousands of years. Before breathing apparatus, divers would free dive for pearls in the Bay of Bengal, often holding their breath for minutes on end. In the 21st century, most of the pearls on the open market are cultivated in what are known as pearl farms. A small amount however is still collected from the sea bed and is usually much more expensive and known as natural pearls. Make sure you know which type of pearl you are viewing before purchasing.

Contrary to popular belief, pearls are formed inside the shells of certain underwater mollusks and not just that of oysters. The Pearl is created as a defense mechanism to an irritant that has found its way into the shell. The early stages of pearl creation are what is known as the recovery stage, when the host envelops the irritant and effectively seals it off from the rest of its mantle layers. If this process is successful, further layers of calcium carbonate will be layered over the original and gradually harden over time. With some pearl varieties, a bead coated in mullusk tissue is inserted into the pearl producing oyster to help the pearl formation process. 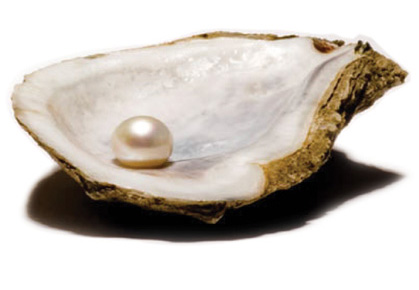 In the modern market, most pearls are referred to as cultured. This means they have been grown in pearl farms in carefully chosen environment, often off the coast of Australia&Indonesia in the Southern Indian Ocean. Cultured pearls possess all the qualities of lustre and hardness of natural pearls and tend to have a more consistent shape. Natural pears are much rarer than cultured and could dictate extremely high prices, depending on their variety and origins. Many historic and designer natural pearl jewellery pieces are auctioned for staggering amounts every year.

Can’t Find What You’re Looking For?

Contact the Steven Stone team to find an answer to your query.